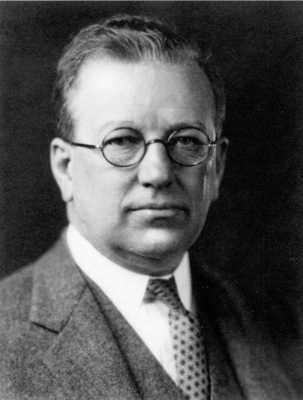 George Canby Robinson (1878-1960) served as dean of the Vanderbilt Medical School during its growth and expansion in the 1920s. Dr. Robinson is credited for establishing the new Vanderbilt as one of the foremost medical training facilities of its time. He received his A. B. (1899) and M.D. (1903) from Johns Hopkins University and did post-graduate work in Munich. From 1903-1912, he held positions at Cornell, Pennsylvania Hospital and Presbyterian Hospital in Philadelphia, and the Rockefeller Institute. In 1913, he joined the faculty and administration of Washington University School of Medicine, serving as associate professor of internal medicine (1913-1920), acting dean (1917-1918) and dean (1919-1920) of the medical school. Dr. Robinson's research interest was primarily in the diseases of the heart, but also in electrocardiography, typhoid bacilli, and the treatment of tetanus by magnesium sulfate.