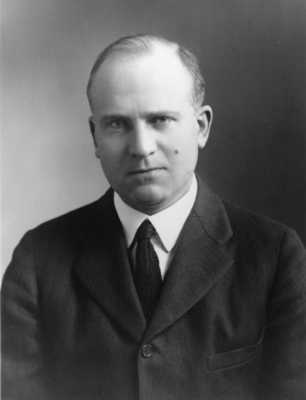 Van Slyke, Donald D. (1883-1971) was a renowned Dutch American biochemist. He received his BA and Ph.D. degrees in chemistry at the University of Michigan. In 1907 he joined the Rockefeller Institute as an assistant to chemist Phoebus A.T. Levene. In 1914 Van Slyke was appointed chief chemist of the new Rockefeller Institute Hospital. After his retirement from Rockefeller in 1948, Van Slyke continued his research at the newly established Brookhaven National Laboratory. His achievements were recognized with numerous awards and honorary degrees, including the National Medal of Science in 1965. Van Slyke was elected to the U.S. National Academy of Sciences.