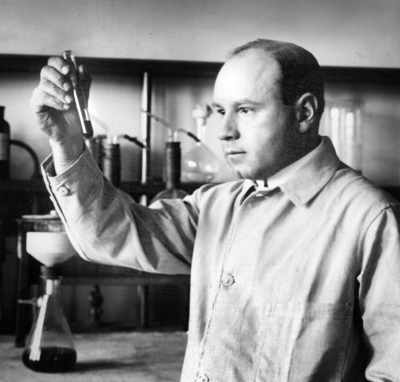 Walter Abraham Jacobs (1883–1967) was born in New York City and after public school education, attended Columbia University from which he received both A. B. (1904) and A. M. (1905) degrees in chemistry. He enrolled in the University of Berlin and received a Ph.D. degree in 1907 for work done with Emil Fischer. He returned to New York and a position as a fellow in chemistry with Phoebus A. Levene at the newly-founded Rockefeller Institute for Medical Research, later Rockefeller University. Levene was a preeminent natural product chemist, and Jacobs worked with him for several years particularly on the chemistry of nucleic acids. In 1912, Jacobs was promoted to Associate Member of the Institute and given independent status. The Institute Director, Simon B. Flexner, felt that chemotherapy deserved a division of its own, and Jacobs was made the head.