Günter Blobel: Stockholm and beyond 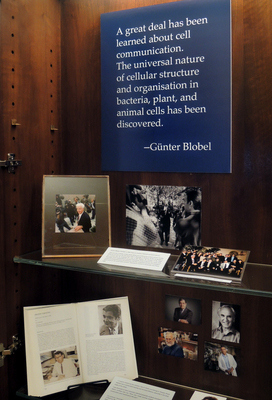 Günter Blobel was awarded the Nobel Prize in Physiology or Medicine in 1999 for “the discovery that proteins have intrinsic signals that govern their transport and localization in the cell.” These signals have been shown to be universal in living cells. The techniques Blobel developed to study translocation are now used in laboratories around the world. Beyond resolving a basic biological problem, Blobel's research has furthered scientific understanding of human physiology and pathology. His seminal work laid the foundation for the modern field of molecular biology, and generations of scientists have built on his findings.