Residence of the Schermerhorn family 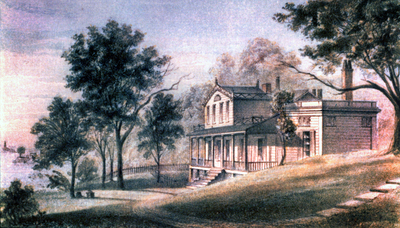 Residence of the Schermerhorn family, foot of 64th Street and East River

Reproduced from the original print owned by Cris Kenzel and given to RU Archives by Joshua Lederberg on January 26th, 1981.

Almost 120 years ago the search for a permanent site for the new Rockefeller Institute for Medical Research ended with the purchase of the Schermerhorn estate, an almost perfectly preserved 18th-centuryDutch farm, complete with grazing cows and chickens and a house described as “a Swiss chalet with Dutch trimmings.”

The house, built in 1747, served for a number of years as the “country” retreat of George Clinton, who later became the first governor of New York and who served twice as vice president.