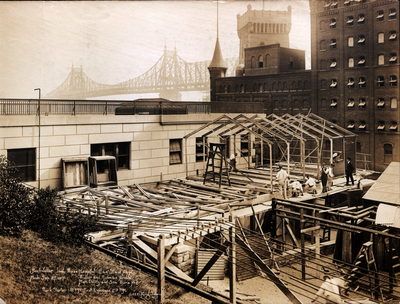 The plan of the temporary hospital at the Rockefeller Institute was made by Mr. Charles Butler, a New York architect who had studied French and British hospital construction in France; he collaborated with the French War Department in designing hospitals. Mr. Butler adopted the unit building system patented by the Humphreys Company in London. Numerous slight structural changes, made necessary by American building conditions, have been devised by Messrs. Marc Eidlitz & Son, contractors.