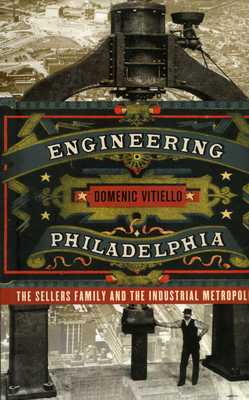 The Sellers brothers, Samuel and George, came to North America in 1682 as part of the Quaker migration to William Penn’s new province on the shores of the Delaware River. Across more than two centuries, the Sellers family—especially Samuel’s descendants Nathan, Escol, Coleman, and William—rose to prominence as manufacturers, engineers, social reformers, and urban and suburban developers, transforming Philadelphia into a center of industry and culture. They led a host of civic institutions including the Franklin Institute, Abolition Society, and the University of Pennsylvania. At the same time, their vast network of relatives and associates became a leading force in the rise of American industry in Ohio, Georgia, Tennessee, New York, and elsewhere.