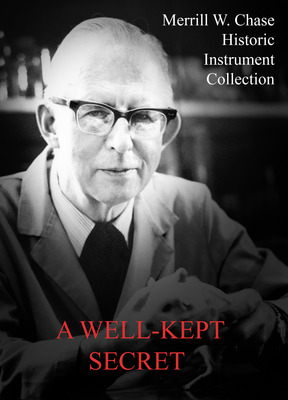 The Historic Scientific Instrument Collection was created by Professor Merrill W. Chase during his distinguished career as an immunologist from 1932 until his death in 2004. One by one, he acquired from his Rockefeller colleagues instruments of historic interest when they were no longer needed in the laboratory. He documented each instrument so that its place in the history of the university would not be forgotten. He enjoyed the intellectual challenge but did not publicize it. Nor did he ever ask the institute to provide facilities or budget for the collection. Nevertheless, it was his effort that the collection has survived and grown, even though until 1996 it was crowded into odd corners with no real home. It was indeed a well-kept secret, and even to this day, there are few at the university who have heard much about it.