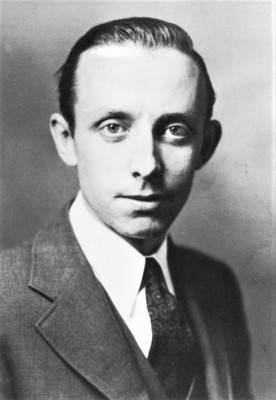 Keith Porter (1912-1997) was a leading cell biologist of the twentieth century. Porter was born in Nova Scotia. He completed his undergraduate education at Acadia University and earned Master’s and Ph.D. degrees at Harvard University. After a year at Princeton, he joined the RockefellerInstitute in 1939. There he became involved in research that led in 1944 to the first picture of a whole cell taken with an electron microscope. Porter’s career took him from Rockefeller to Harvard in 1961 and then to the University of Colorado in 1968. At CU Porter presided over the creation of the new Department of Molecular, Cellular, and Developmental Biology, and arranged for a million-volt electron microscope to be installed in the department’s new facilities. In 1984 Porter left Colorado for the University of Maryland, where he stayed until 1987. His final post was at the University of Pennsylvania.

In 1970, together with Albert Claude and George E. Palade, Porter was awarded the Louisa Gross Horwitz Prize from Columbia University. Porter's colleagues Albert Claude, Christian de Duve, and George E. Palade were awarded a Nobel Prize in 1974 "for describing the structure and function of organelles in biological cells", work that Porter is also well known for.