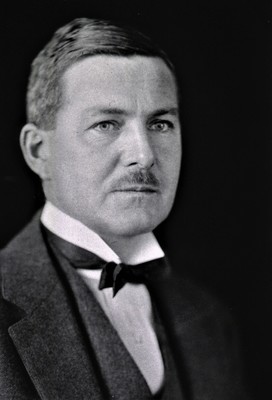 Alphonse Raymond Dochez (April 21, 1882 – June 30, 1964) was an American physician and microbiologist. His research focused on infectious diseases including scarlet fever, the common cold, and pneumococcal pneumonia. Dochez is credited with developing the first effective treatment for scarlet fever. His work also established viruses as the cause of the common cold.

Dochez received the BA (1903) and the MD (1907) from Johns Hopkins. After a year of research in pathology at Johns Hopkins, he joined the Rockefeller Institute in 1908. He worked first with Eugene Opie, and in 1910, when the Hospital opened, he became an assistant resident and bacteriologist to the hospital. For the next several years he contributed to studies on pneumococcus, working closely with Oswald Avery. After serving in the Army Medical Corps during World War I, he returned to the Johns Hopkins Medical School in 1919, as an associate professor. In 1921 he moved to Columbia University's College of Physicians and Surgeons as professor of medicine, where he remained until his retirement in 1949. He made an important contribution to science in demonstrating the direct relationship between streptococcal pharyngitis and scarlet fever. Dochez served on Rockefeller's Board of Directors from 1935-1953. He received the Medal of Merit for his service to the federal government during World War II and was awarded the Kober Medal and the Medal of the New York Academy of Medicine. His achievements were also recognized by election to the U.S. National Academy of Sciences (1933) and honorary degrees from Yale (1926), New York University (1925), and Western Reserve (1931).

See also First Comprehensive Analysis of the Natural History of Poliomyelitis and Rufus Cole, the Guiding Philosophy of the Rockefeller Hospital, and the First Effective Therapy for Lobar Pneumonia