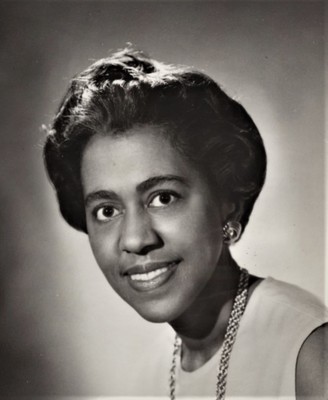 Marie Maynard Daly (1921 – 2003) was an American biochemist. She was the first Black American woman in the United States to earn a Ph.D. in chemistry (awarded by Columbia University in 1947). Daly made important contributions in four areas of research: the chemistry of histones, protein synthesis, the relationships between cholesterol and hypertension, and creatine's uptake by muscle cells. After completing her doctoral degree Daly taught for two years at Howard University in Washington, DC. On receiving a grant from the American Cancer Society to support her postdoctoral research, she joined Alfred E. Mirsky, a pioneer in molecular biology, at the Rockefeller Institute in New York, where for seven years she worked on the composition and metabolism of components of the cell nucleus, among other studies. Then Daly took a new position teaching biochemistry at the College of Physicians and Surgeons of Columbia University. In 1960 she became a professor at the Albert Einstein College of Medicine, where she remained until her retirement in 1986. Later in her career, Daly developed programs to increase the number of minorities in medical schools and graduate science programs. In 1988, she established a scholarship fund at Queens College for African Americans in commemoration of her father.