The Rockefellers: Art of Giving

THE ROCKEFELLERS: ART OF GIVING 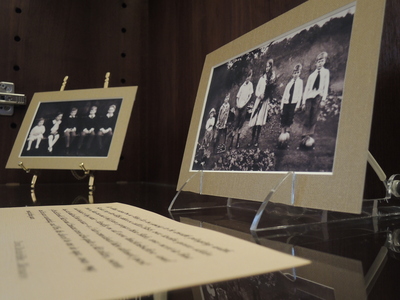 The children of Junior and Abby

Courtesy of the Rockefeller Family Archive

My siblings viewed me as being far too young to be worth playing with. The eldest, my sister Abby, whom we called Babs, was twelve years older than me. John, two and a half years younger than Babs, was next in line and already in long pants – literally; we all wore knickerbockers and long socks until well into our teens – so I also considered him almost part of the adult world. Nelson and Laurence were also quite a bit older, seven and five years, respectively, and Win, the closest to me in age, was my senior by three years.