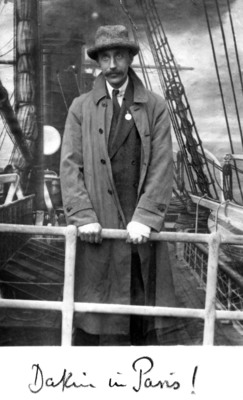 When the First World War broke out, Carrel received orders to mobilize with the French Army. He conducted a hospital and research center near the front lines. With the aid of an American chemist, Henry Drysdale Dakin, Carrel developed the irrigation method of treating severely infected wounds, which although often effective was too complicated for general use and has been supplanted by the use of antibiotics. This work earned him the Legion of Honor.