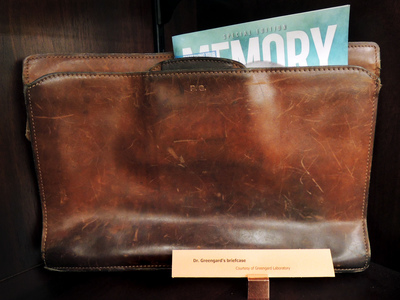 Paul Greengard (1925-2019) was a neurologist and Nobel Prize winner whose seven-decade career transformed our understanding of neuroscience. His discoveries laid out a new paradigm requiring the understanding of the biochemistry of nerve cells rather than simply their electrical activities. This work has had a great impact. Today, abnormalities in signaling among neurons are recognized to underlie many neurologic and psychiatric disorders including Parkinson’s disease, schizophrenia, depression, attention deficit hyperactivity disorder, and substance abuse.

Dr. Greengard donated his entire monetary share of the 2000 Nobel Prize in Physiology or Medicine to Rockefeller and, in partnership with generous supporters of the University, established the Pearl Meister Greengard Prize. Named in memory of his mother, who died giving birth to him, this major international prize recognizes the accomplishments of outstanding women scientists.