MILESTONES IN MICROBIOLOGY AT THE ROCKEFELLER UNIVERSITY 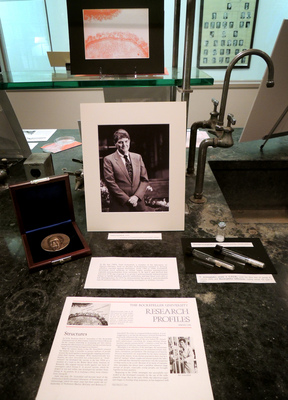 In the late 1960s, Emil Gotschlich, a member of the laboratory of Maclyn McCarty, built on decades of Rockefeller research to develop effective vaccines against meningitis. From 1966 to 1968, Gotschlich developed novel methods to isolate highly purified meningococcal capsular polysaccharides from serotypes A, B, and C and showed that injection of 50 mg of group A or group C polysaccharide induced human beings to rapidly produce specific antibodies, and that these were able to kill meningococci. In 1970 he demonstrated the group C polysaccharide was 90 percent effective in preventing meningitis in military recruits.