The Life of Rene Dubos: Choosing to be Human 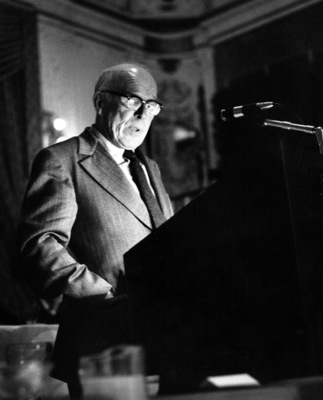 After the publication of Man Adapting in 1965, Dubos became a visible scientist with an even larger constellation of publics. He was the subject of at least a hundred newspaper and magazine articles and interviews. He was featured in several, full-length television documentaries; interviewed for more than one hundred fifty television and radio programs in the United States, Europe, Japan, and Australia.