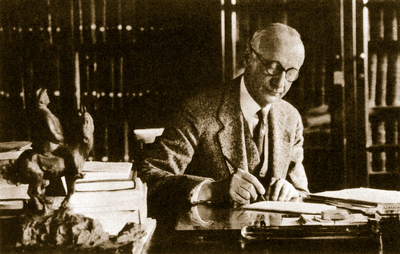 When Simon Flexner retired in 1935 as the first director of The Rockefeller Institute for Medical Research, his colleagues wanted to organize a testimonial in his honor. But Flexner, in keeping with his characteristic reserve, politely declined. He had been the director for thirty-three years, during which time the Institute had grown from a handful of scientists working in rented quarters to a world-renowned research center. As he passed through its gates for the last time, he left behind on its library shelves, the most durable and eloquent tribute to his career: one hundred bound volumes containing the reports of the scientists whose research he had guided, encourage, and nurtured.