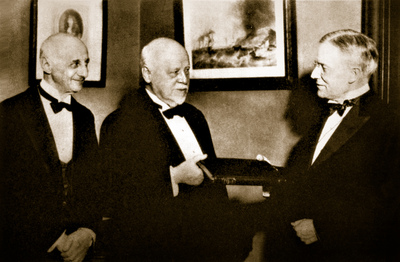 Simon Flexner, who succeeded Welch in 1902 as editor of The Journal of Experimental Medicine, told in his admirable biography William Welch and the Heroic Age of American Medicine that the new venture "was itself a radical experiment; it was generally believed that America did not produce enough scientific work to fill its pages." Later, however, Dr. Flexner continued, "the Journal succeeded beyond all expectations, since American laboratories proved able to produce far more articles worthy of its pages than anyone foreseen."