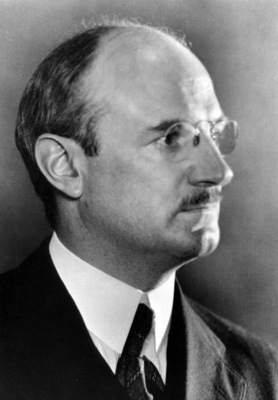 When the Rockefeller Hospital opened in 1910, syphilis was one of five diseases chosen for study. At the time, it seemed that a solution to this public health problem was around the corner. The Wasserman test for diagnosing syphilis had been developed in 1906. And in 1910 a drug called Salvarsan became available, which had been developed in Germany by Paul Ehrlich with funding from John D. Rockefeller. But Salvarsan was derived from arsenic, and it was difficult to administer without toxic side effects. At the Rockefeller Hospital, Homer F. Swift (1881-1953) developed an effective way to give the drug, which remained in use until the 1940s when penicillin became the preferred treatment for syphilis.

Homer F. Swift received the PhB (bachelor of philosophy) from Western Reserve University, and the MD from New York University Bellevue Medical College in 1906. In 1910 he became one of the first members of the medical staff of the Rockefeller Hospital. In 1914 he moved to Columbia University and in 1917 to Cornell University School of Medicine. During World War I he was a member of the Red Cross Trench Fever Commission. After the war, Swift returned to Rockefeller, where he focused his research on rheumatic fever and rheumatic disease.