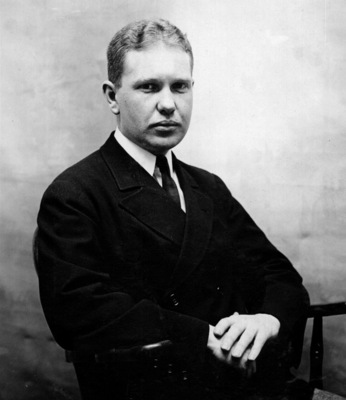 In 1910, when the Rockefeller Hospital opened, the time seemed right to find a cure for poliomyelitis by combining clinical observation with laboratory research. Scientists had determined that the disease was caused by a virus rather than a bacterium. The Rockefeller Institute's own director, Simon Flexner (1863-1946), had recently been among the first to produce polio in a laboratory animal, the rhesus monkey, and to transmit the disease from one animal to another. With this knowledge, development of an antiserum or a vaccine seemed close at hand. Then, during the summer of 1911, there was an outbreak of polio in New York City. A team of three physicians—Francis W. Peabody (1881-1927), George Draper (dates), and Alphonse R. Dochez (1882-1964)—was assembled to study the disease. Seventy-one young children with polio were admitted to the Hospital and an additional 90 cases were examined as outpatients.

The investigators began by developing a full clinical description of the disease. Most earlier observers had focused on paralysis as the essential feature of diagnosis. But the Rockefeller team recognized, as had others, that symptoms including fever, lethargy, and pain preceded paralysis by a few days. It was also known that some children infected with polio never developed paralysis but could transmit the disease to others. The Rockefeller team focused on ways to make an early diagnosis of white blood cell count and changes in the cerebrospinal fluid. They also carried out some animal studies, investigating whether serum from polio patients could protect monkeys from the virus. Ultimately, however, they were unable at the time to shed much light on the underlying biology of polio through laboratory investigation. The monograph they published on their research was a classic natural history of the disease—perhaps the best in the medical literature.