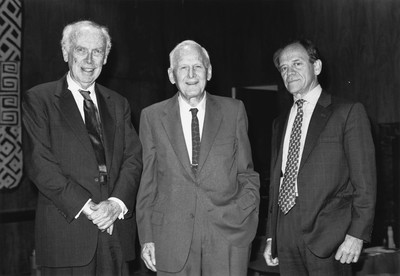 To commemorate the fiftieth anniversary of the discovery at The Rockefeller University that genes are made of DNA - considered by many to be the single most important biological discovery of the twentieth century - the university has kicked off a year-long series of events that were running through May 1994. The celebration was formally inaugurated in November 1993 with a lec­ture by Nobel laureate James D. Watson, best known for discovering the double-helical structure of DNA.