Rebecca Lancefield in Her Laboratory 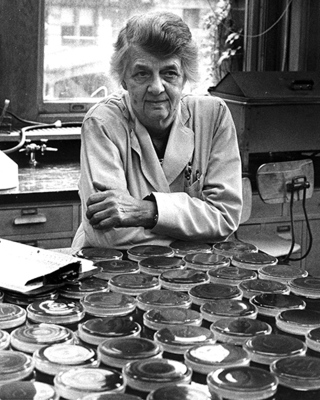 For nearly six decades, Mrs. L., as she became affectionately known to her colleagues, left her mark on RIMR and on immunology. During the Second World War, she served on the Commission on Streptococcal and Staphylococcal Diseases of the Armed Forces Epidemiological Board, and her willingness to answer queries and type streptococcal samples from around the country, and later from around the world, earned her laboratory at RIMR the nickname, “the Scotland Yard of streptococcal mysteries.” After the war, in 1946, she was promoted to an associate member at RIMR and became a full member and professor in 1958.