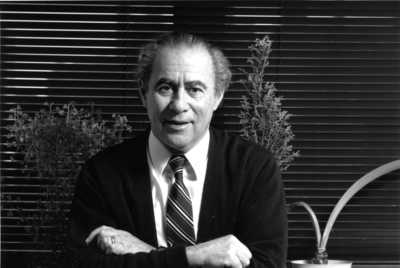 Zinder, Norton (1928-2012) was an American biologist who discovered the occurrence of genetic transduction—the carrying of hereditary material from one strain of microorganisms to another by a filterable agent such as a bacteriophage, or bacterial virus—in species of the Salmonella bacteria.

Norton Zinder, a New Yorker, received his A.B. degree from Columbia University in 1947 and went on to the University of Wisconsin where he received a Ph.D. in 1952. As a graduate student, he discovered bacterial transduction showing that bacteriophages can carry genetic material from a donor to recipient bacteria. He returned to New York in 1952 to Rockefeller University (then known as The Rockefeller Institute for Medical Research) as an Assistant. At Rockefeller he was appointed an Associate in 1956, Associate Professor in 1958 and professor in 1964 at which time he was also appointed Dean of Graduate and Post Graduate Studies. In 1977 he was designated the John D. Rockefeller Professor of Molecular Genetics. During these years he made significant findings regarding small RNA and DNA infected with bacteriophages and continued his molecular biology research until his retirement from Rockefeller University in 1999. Elected to the National Academy of Science in 1969, he served on committees addressing Recombinant DNA, overseeing the disposal of US chemical weapon stockpiles and chemical warfare defense. He has been a member of the Visiting Committees at Harvard, Yale, Princeton and Duke Universities. Zinder also served on the Board of Trustees of Cold Spring Harbor Laboratory from 1967 to 1986.