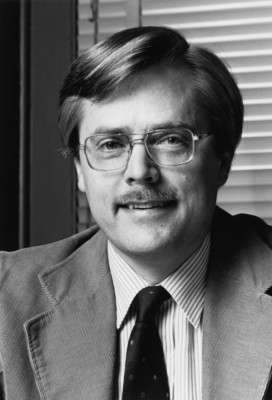 McEwen, Bruce (1938-2020) was an American neuroendocrinologist known for his work on the effects of environmental and psychological stress, having coined the term allostatic load.

In 1968, McEwen and his colleagues made the landmark discovery that the brain’s hippocampus region is influenced by stress hormones like cortisol—the first of many subsequent observations in which his lab showed that circulating hormones can enter the brain to change gene expression and ultimately alter basic neurological functions like mood, decision making, and memory.

McEwen was also a pioneer in understanding how stress affects overall health. He coined the concept of allostatic load, which explains how chronic stress may impact the brain and the body to cause disease. In recent years, much of his energies were devoted to understanding how people’s lifestyles and experiences—including nutrition, physical activity, exposure to early-life trauma, and many other factors—cause epigenetic changes in the brain, altering gene expression and rewiring neuronal connections.

McEwen was born in 1938 in Fort Collins, Colorado, and grew up in Ann Arbor, Michigan. He attended Oberlin College in Ohio, where he majored in Chemistry, and received his graduate degree in 1964 from Rockefeller as a member of Alfred Mirsky and Vincent Allfrey’s laboratory.

After a short postdoc, Bruce returned to Rockefeller in 1966 as an assistant professor. He was promoted to associate professor in 1971, to professor and head of laboratory in 1981, and was named the Alfred E. Mirsky Professor in 1999. He was the head of the Harold and Margaret Millikin Hatch Laboratory of Neuroendocrinology.

At Rockefeller and beyond, McEwen is known both for his pioneering research and for his strong commitment to education and mentoring. He trained several generations of neuroscientists and helped launch hundreds of careers as associate dean and dean of Rockefeller’s graduate training program, positions he held from 1985 to 1993. He also served as the faculty chair of the university’s science outreach program.