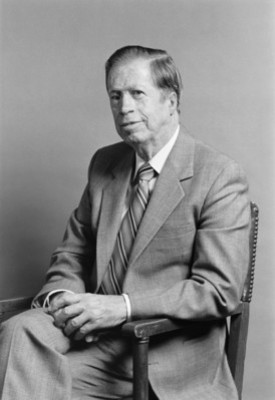 Merrifield, Bruce (1921-2006) was an American biochemist who won the Nobel Prize in Chemistry in 1984 for the invention of solid-phase peptide synthesis.

He first published the process for SPPS in the early 1960s and then refined each step of it until the final yield was greater than 99 percent. Using this refined version of SPPS, Merrifield was able to build peptides such as the pancreatic hormone glucagon; the stomach hormone gastrin; the antibacterial peptide cecropin, found in insects; the bee venom toxin melittin and its hybrids; and immunoglobulin fragments.

See also A Revolution in Synthesizing Proteins, for Research and Pharmaceuticals and National Academy of Sciences Biographical Memoirs