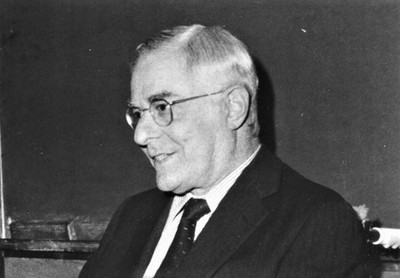 Stein, William (1911-1980) was an American biochemist who, along with Stanford Moore and Christian B. Anfinsen, was a co-winner of the Nobel Prize for Chemistry in 1972 for their studies of the composition and functioning of the pancreatic enzyme ribonuclease. Stein received his Ph.D. degree from the Columbia College of Physicians and Surgeons, New York City, in 1938. In that year he joined the staff of the Rockefeller Institute for Medical Research (now Rockefeller University), also in New York City. He was promoted to a professorship there in 1954. With Moore, who was his colleague at the Rockefeller Institute, Stein between 1949 and 1963 deciphered how ribonuclease catalyzes the digestion of food. The two men developed methods for the analysis of amino acids and peptides obtained from proteins, and then they applied those procedures to determine the structure of ribonuclease. The same year they were awarded the Nobel Prize, Stein and Moore worked out the complete sequence of deoxyribonuclease, a molecule twice as complex as a ribonuclease.

See also Form and Function: The First Sequence of an Enzyme, Ribonuclease and National Academy of Sciences Biographical Memoirs