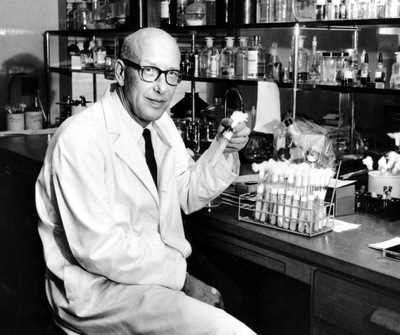 Tatum, Edward (1909-1975) was a was an American geneticist. He shared half of the Nobel Prize in Physiology or Medicine in 1958 with George Beadle for showing that genes control individual steps in metabolism. The other half of that year's award went to Joshua Lederberg.