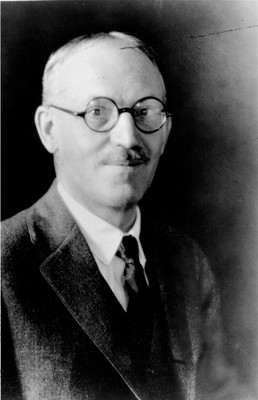 Osterhout, Winthrop J. V. (1871 - 1964) was a physiologist, succeeded Jacques Loeb as head of the Division of General Physiology at The Rockefeller Institute for Medical Research in 1925. His influence upon students, colleagues, and the biological audience, in general, was exerted toward quantitative data and mathematical analysis of biological processes. He was an editor of The Journal of General Physiology for 45 years, beginning with its founding in 1919.