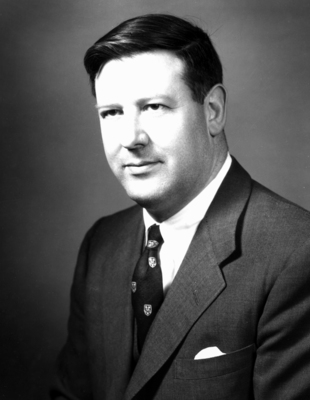 Alexander G. Bearn (1923-2009, a physician and scientist, was affiliated with the Rockefeller Institute for Medical Research starting in 1951. Prior to that, he was a house physician at Guy's Hospital (1946-1947) and house physician in the Postgraduate Medical School (1948-1951), both in London. Subsequently, after joining the staff of RIMR, he was an associate professor (1957-1964) and then professor and senior physician (1964-1966). In 1966, he accepted the position of professor of medicine at Cornell University where he was the chairman of the department of medicine until 1977. During this period, he was physician-in-chief of New York Hospital.

Dr. Bearn has also served as a trustee of the Rockefeller University and the Helen Hay Whitney Foundation, a member of the board of scientific counselors of Memorial Sloan Kettering Cancer Center and the National Institute of Arthritis, Metabolism and Digestive Diseases. Bearn also served as president of the Royal Society of Medicine Foundation, Inc.

See also Defining the Genetics and Biochemistry of Wilson's Disease