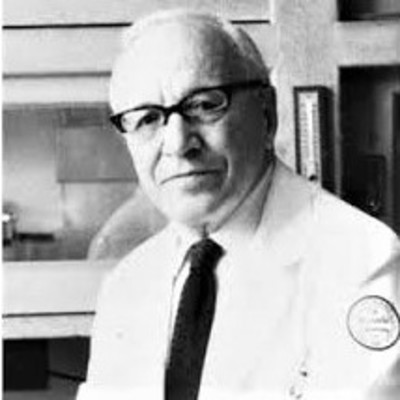 Mirsky, Alfred Ezra (1900-1974) was a biochemist and physiologist at The Rockefeller University (earlier RIMR) from 1927 until his death in 1974. Engaged in research on proteins and properties of the cell nucleus. He was one of the first scientists to isolate and characterize the Messenger RNA as the genetic material of the mammalian cells. Founded the Christmas Lectures for high school students held on campus since 1959. As Chairman of the Faculty Committee on Educational Policies, he helped shape policies in restructuring the old Rockeªfeller Institute to a graduate university. He was active in furthering the publication of scientific literature through book publishing and as consultªant to Scientific American. Coeditor with Jean Brachet of The Cell, Volumes I thru VI. Editor of the Journal of General Physiology, 1951-1961.