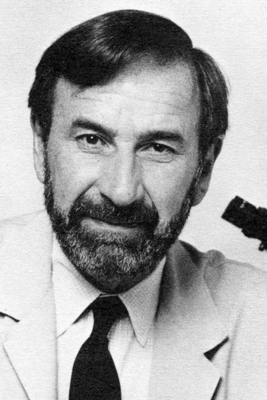 David J.L. Luck in his laboratory, 1986. Photograph by Ingbet Gruttner

Luck, David (1929-1998) joined Dr. Palade's laboratory at the Rockefeller Institute in 1958 as a Ph.D. student but already by 1968 he was a full professor in charge of his own laboratory. In 1985, he became the university's first Alfre E. Mirsky Professor.

In collaboration with biochemist Edward Reich, David Luck discovered that Neurosphora mitochondria contain their own genes, distinct from the genes in the cell nucleus, a phenomenon later confirmed in cells of higher organisms as well. It was a seminal contribution to cell biology.