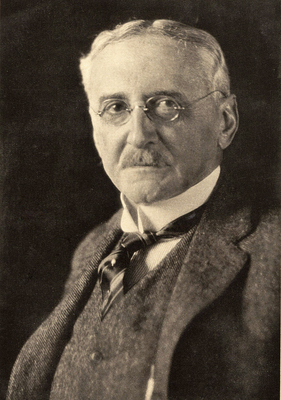 Jacques Loeb (1859 – 1924) was a German-born American physiologist and biologist. He was the model for the character of Max Gottlieb in Sinclair Lewis's Pulitzer-winning novel Arrowsmith, the first great work of fiction to idealize and idolize pure science. Mark Twain also wrote an essay titled "Dr. Loeb's Incredible Discovery", urging the reader not to support a rigid general consensus, but to instead be open to new scientific advances. Loeb was nominated many times for the Nobel Prize but never won.