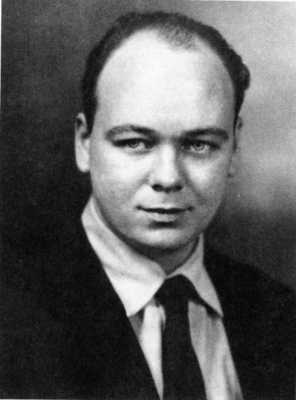 Lloyd, David (1911-1985) joined the research group at the Rockefeller Institute under the aegis of Dr. Gasser in 1939. He left the institute in 1943 to accept a position at Yale but returned to the Rockefeller in 1946 and remained there until his retirement in 1970.

He has concerned himself with tracing the neuronal make-up of pathways of nerve action in the body. His laboratory did pioneering research on the physiology of the synaptic endings of neurons. In 1941 and 1946, Lloyd reported rigorous experiments on direct inhibition in the central nervous system. Another Lloyd's investigations gave final proof of the fact that the pathway of knee-jerk reflex is made up of two neurons only, each consisting of a nerve cell with a fiber that may be as long as three feet. Later he studied the participation of several or many neurons linked to form pathways for complicated reflex activities.