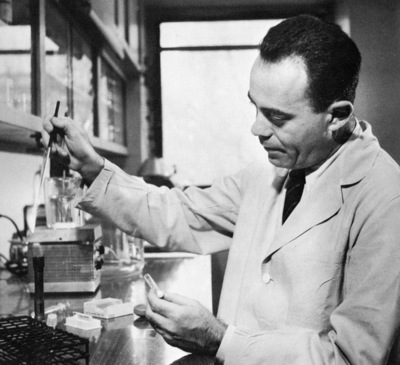 James Gerald Hirsch (1922 – 1987) was an American physician and biomedical researcher who specialized in immunology. Hirsch was also notable for his studies of phagocyte. He received his undergraduate degree from Yale University in 1942. Hirsh graduated from Columbia University's College of Physicians and Surgeons in 1946 with an M.D. degree. He became a member of the Rockefeller Institute's faculty in 1950, becoming a full professor in 1960.

See also Bed Rest Does Not Contribute to the Cure of Tuberculosis, and the Shifting Tuberculosis Care Out of Sanatoria