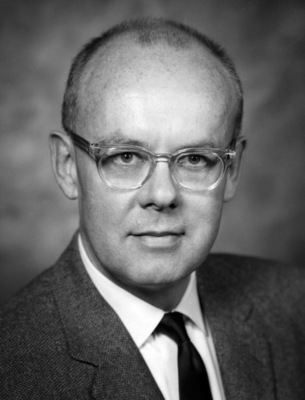 Edward H. Ahrens, Jr., received the BS (1937) and the MD (1941) from Harvard University. He joined the Rockefeller Institute in 1946 and was appointed professor in 1960. In 1982 he became the University's first Frederick Henry Leonhardt Professor. Ahrens was elected to the U.S. National Academy of Sciences, and he founded the Journal of Lipid Research. Throughout his career, Ahrens advocated for patient-oriented research and was known for his 1992 book, The Crisis in Clinical Research, which examined how medical science had moved toward laboratory research.