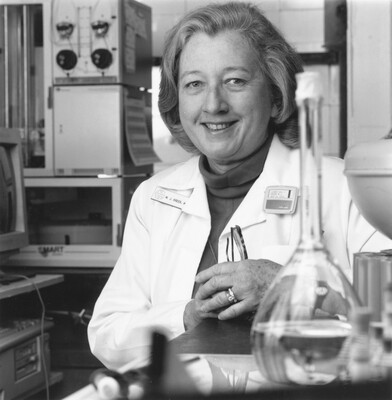 Mary Jeanne Kreek (1937-2021) was an American neurobiologist specializing in the study and treatment of addiction. She is best known for her work with Marie Nyswander and Dr. Vincent Dole in the development of methadone therapy for heroin addiction.

Kreek conducted landmark studies that led to the establishment of methadone as a treatment for heroin addiction. The drug, which Kreek and her colleagues developed more than 50 years ago, has been widely used in treatment programs across the globe. It has saved countless lives and allowed millions of heroin users to transition into normal lives.

In 1985, Kreek was one of the first to document that drugs of abuse significantly alter the expression of specific genes in certain brain regions, resulting in neurochemical and behavioral changes. After that, she went on to develop animal models for addiction and to identify many of the genes and biological pathways that act together and make someone more likely to become addicted.

More recently, her lab identified more than 100 changes in the DNA code associated with addiction not only to opioids but also to cocaine, alcohol, and marijuana. She found that several of these changes were also associated with atypical responses to stress, potentially leading to an increased tendency to become addicted. Her work on the genetic changes linked to addiction has ongoing implications for developing new ways to recognize and treat addictions to a number of different substances.

Kreek was born in Washington D.C. in 1937 and grew up there. She graduated from Wellesley College in 1958. She earned her M.D. from Columbia University College of Physicians and Surgeons in 1962, followed by her residency in internal medicine at what is now Weill Cornell Medicine. She joined Rockefeller as an associate physician in 1964 and was named to the faculty in 1967. Kreek was only the fourth female professor to receive tenure at Rockefeller, after Florence Sabin, Rebecca C. Lancefield, and Mary E. Hatten. She was also affiliated with New York-Presbyterian Hospital and served as a clinical assistant professor at Weill Cornell Medicine for several years in the 1970s.