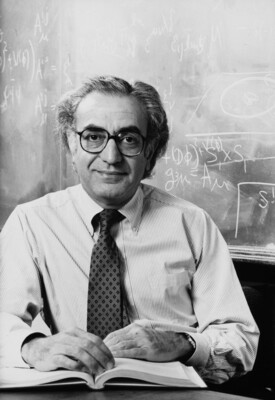 Nicola N. Khuri (1933-2022) was an emeritus faculty member at The Rockefeller University best known for using math to predict what happens when elementary particles collide in giant accelerators in experiments aimed to understand the nature of matter and energy.

Among his many contributions were building the foundation for potential scattering theory, a framework for studying how waves and particles deviate from their standard trajectory in response to collisions or other outside forces. This theory has been put to work in a number of important physics experiments, including at the Large Hadron Collider, the world’s biggest and most powerful particle accelerator.

Khuri also studied the general mathematical properties of quantum field theories, which are used to describe elementary particles and their interactions, and the basic structure of matter. His grasp of the most advanced mathematics made him a valued colleague both at Rockefeller and at many other institutions around the world.