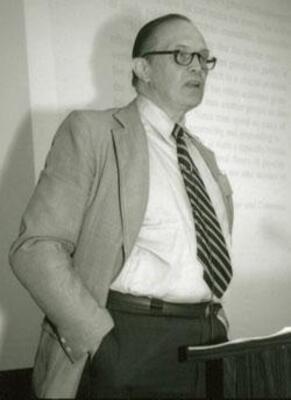 George A. Miller (1920 – 2012) was an American psychologist who was one of the founders of cognitive psychology, and more broadly, cognitive science. He also contributed to the birth of psycholinguistics. Miller wrote several books and directed the development of WordNet, an online word-linkage database usable by computer programs. One of Miller’s most famous discoveries was that human short-term memory is generally limited to holding seven pieces of information, plus or minus two.

Miller received a B.A. in history and speech (1940) and an M.A. in speech (1941) from the University of Alabama and an M.A. (1944) and a Ph.D. (1946) in psychology from Harvard University. While at Harvard he served in the Army Signal Corps during World War II. He later taught and did research at Harvard, the Massachusetts Institute of Technology (MIT), and Rockefeller University. In 1979 he joined the faculty of Princeton University, where he became professor emeritus in 1990.