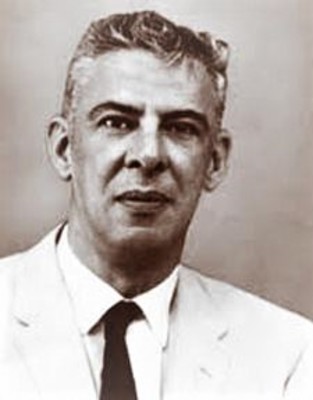 Theodore H. Berlin (1917-1962), a theoretical physicist who came to The Rockefeller University in 1962 and died suddenly in 1962. He joined the Rockefeller University Faculty with Mark Kac and George Uhlenbeck to develop a department of theoretical physics. In the short time that Dr. Berlin was at the University, he so endeared himself to his colleagues that a Memorial Garden on campus was developed in his memory.

During World War II, while still a graduate student, Dr. Berlin worked on the development of the proximity fuse. His academic work was concerned with the electronic structure of molecules, and his thesis was on the quantization and electric interaction in diatonic molecules. Finally, his work turned toward theoretical physics.