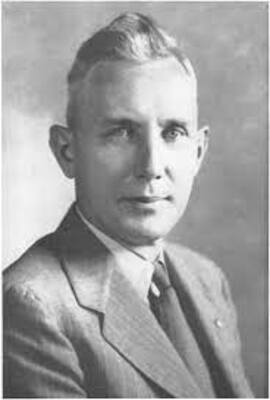 Norman Stoll (1892-1976) was a medical researcher and, from 1952 to 1973, a consultant on parasitic diseases to the World Health Organization. For almost 50 years he was a professor of medical research at The Rockefeller University. He was also a lecturer on tropical diseases and, in the late 1920s, was a member of a governmental research commission investigating hookworm disease in Panama, Puerto Rico, and China.

His 1946 presidential address to the American Society of Parasitologists posed the question: "Just how much human helminthiasis is there in the world?" The resultant paper, This Wormy World (Stoll, 1947), was the first systematic attempt to measure the worldwide impact of human parasitism by helminths and remains probably one of the most widely quoted publications in helminthology.

Dr. Stoll attended Syracuse University for two years and graduated from Mount Union College in 1915. He earned a master's degree at the University of Michigan in 1918 and received a doctorate in science from the Johns Hopkins University School of Hygiene and Public Health in 1923.

During World War 1, Dr. Stoll served in the field artillery as a second lieutenant. He was a lieutenant commander with the Navy medical research unit on Guam in World War II.