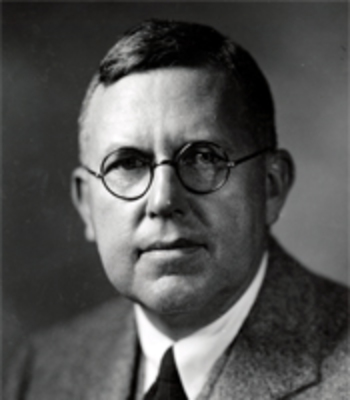 Courtesy of The American Association of Immunologists

Carl TenBroeck (1885–1966) was an American bacteriologist and the twenty-fourth president of the American Association of Immunologists, serving from 1937 to 1938. For over 20 years, TenBroeck was the director of the Department of Animal and Plant Pathology of the Rockefeller Institute for Medical Research (RIMR) in Princeton, New Jersey.

TenBroeck earned his M.D. from Harvard Medical School in 1913. He remained at Harvard as an assistant in the Department of Comparative Pathology under Theobald Smith (AAI ’20) until 1915, when he followed Smith to the Department of Animal and Plant Pathology of RIMR. He rose from assistant to associate animal pathologist at RIMR before moving to Beijing, China, in 1920, where he was an associate professor and then full professor of bacteriology at the Rockefeller Foundation-funded Peking Union Medical College. In 1927, he returned to the United States and to the Department of Animal and Plant Pathology at the Rockefeller Institute as a full member. TenBroeck served as director of the department beginning in 1930 and oversaw its relocation and integration into its primary RIMR campus in New York when the Princeton campus closed its doors in 1950. The following year, TenBroeck stepped down as the department director and was named member emeritus of the Rockefeller Institute.