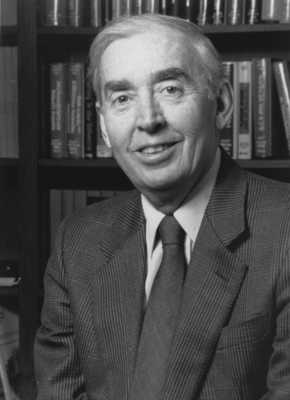 Rodney L. Cool (1920-1988) was an experimental physicist whose research helped to establish the existence of the quark, a subatomic particle.

A native of Platte, S.D., Dr. Cool received a bachelor's degree from the University of South Dacota and master's and doctoral degrees from Harvard Univerisity. In 1970 he established an experimental physics group at The Rockefeller University to plan experiments that are conducted at the Geneva center and other laboratories with particle accelerators.

Dr. Cool was a member of the National Academy of Sciences and a Fellow of the American Physical Society.