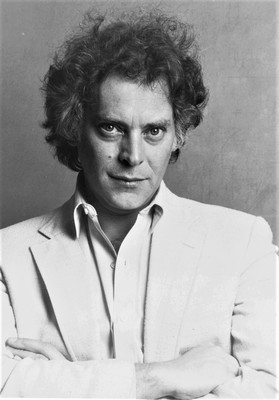 Feigenbaum, Mitchell J. (1944-2019) was an American mathematical physicist whose pioneering studies in chaos theory led to the discovery of the Feigenbaum constants. Among his many accomplishments, he was the first to discover that many different physical systems follow a common “periodic doubling” path to chaos, paving the way for the emergence of the discipline known today as chaos theory.

Working with Albert J. Libchaber, a Rockefeller colleague, Feigenbaum showed that this universal behavior occurred in a low-temperature fluid dynamics experiment. For this work, Feigenbaum and Libchaber won the prestigious Wolf Prize in Physics, in 1986. In the mid-1990s, Feigenbaum, working with Torsten N. Wiesel who at the time was the university’s president, was instrumental in establishing Rockefeller’s Center for Studies in Physics and Biology, a groundbreaking cross-disciplinary endeavor that aimed to broaden the scope of discussions at Rockefeller and provide access to contemporary thought in the theoretical sciences.

Feigenbaum was born in Philadelphia and raised in Brooklyn, where his passion for mathematics surfaced early. Fascinated by the family radio, he initially planned to become an electrical engineer; but while completing his bachelor’s degree in electrical engineering at The City College of New York, he became enamored of physics, and instead went on to earn his doctorate in theoretical physics at MIT. Temporary positions at Cornell University and the Virginia Polytechnic Institute were followed by an extended stint at Los Alamos National Laboratory, where he did his early work on chaos. Before coming to Rockefeller as Toyota Professor in 1987, Feigenbaum served as a visiting professor at the University; a visiting member of the Institute for Advanced Study in Princeton, New Jersey; and a professor in the physics department at Cornell.

In addition to the Wolf Prize, Feigenbaum we the recipient of a MacArthur Foundation Award and was a member of the National Academy of Sciences, the American Academy of Arts and Sciences, and the American Physical Society.