Christian de Duve in his laboratory 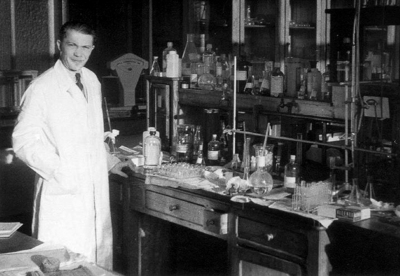 In March 1947, in Louvain, de Duve set up his own research laboratory, also teaching physiological chemistry at the medical school. He became a professor at the school in 1951. De Duve and his team of researchers continued his earlier research on insulin and subsequently turned their attention to glucose-6-phosphatase, an enzyme found in the liver that is specific to glucose-6-phosphate, which is a phosphorylated glucose that is very abundant in cells