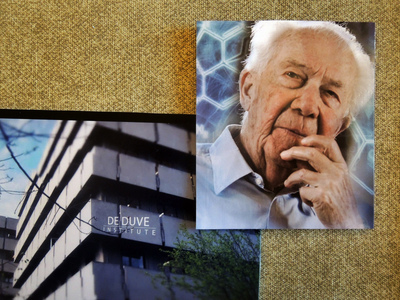 In 1974, the year de Duve won the Nobel Prize in Physiology or Medicine, he created the International Institute of Cellular and Molecular Pathology (ICP) in Brussels, which was later, in 1997, renamed in his honor the De Duve Institute. De Duve retired from the University of Louvain and the Rockefeller University in 1985 and 1988, respectively, and devoted much of his time to the ICP, where he served as administrator and fundraiser, remaining the founding member of the Board of Directors until his death. De Duve modeled the ICP on Rockefeller University, providing scientists with as much freedom as possible to conduct research