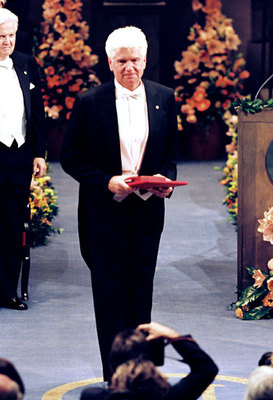 The Nobel Prize in Physiology or Medicine 1999 was awarded to Günter Blobel "for the discovery that proteins have intrinsic signals that govern their transport and localization in the cell".

“It was for the basic science where we learned how, within a cell, proteins move from where they are made to the place where they perform their function. To greatly simplify, we found that proteins contain built-in “ZIP codes” that help them move to specific cellular addresses. Because of the ZIP coding, the proteins can traverse membranes by moving through channels to get to the areas where they are needed.” (Claudia Dreifus. A Conversation with Günter Blobel. New York Times, 2004)