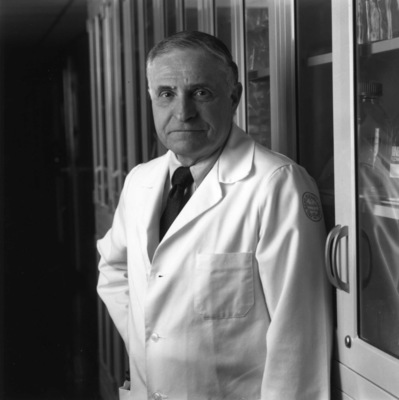 Hirsch, Jules (1927-2015) was a physician-scientist who helped reframe the modern understanding of obesity by demonstrating that people do not become fatter or thinner simply by indulging in or depriving themselves of food, a finding that supported biochemical explanations for a condition long attributed to personal weakness.

Hirsch joined Rockefeller’s faculty in 1954 and remained there for the rest of his career. In the late 1950s, when he became interested in studying obesity, most scientists considered fat, or adipose tissue, to be biologically inert — a passive insulator in which the body stores energy in the form of triglycerides. Over the next decades, Dr. Hirsch’s research helped to alter this view by highlighting the dynamic interactions among diet, metabolism, and obesity.

Hirsch was the physician-in-chief of the hospital from 1992 to 1996. During that time, in 1995, he published what was perhaps his most widely known study, which offered an explanation for why people who lose weight tend to regain it over time. The study was quickly cited as a classic in the field for its exploration of the regulation of human body weight.

See also Obesity and Metabolism: Why Weight Loss Is Difficult to Sustain